5 Things to Know About Fatwa

What is a Fatwa? How is a Fatwa different from an Irsyad? Who are the people tasked to undertake this momentous task? This article intends to introduce readers about Fatwa in Singapore.
by Ustazah Nur Hafiza Roslee 2022-06-15 • 13 min read
Upon completing her madrasah education, Ustazah Nur Hafiza Roslee went to Al-Azhar University to pursue her studies in Islamic Jurisprudence. After gaining a few years of teaching experience, she later furthered her studies and graduated with M.A. in Islamic Thought and Civilisation from International Islamic University Malaysia.
2022-06-15 • 13 min read

In the face of unprecedented challenges and hardships that life has to offer, members of the Muslim community may find it increasingly hard to ensure that our lived realities remain guided by Islamic requirements and teachings. Oftentimes, we find ourselves in ever more unique situations that raise intricate questions which require the issuance of religious guidance and advisory from our scholars and religious institutions. 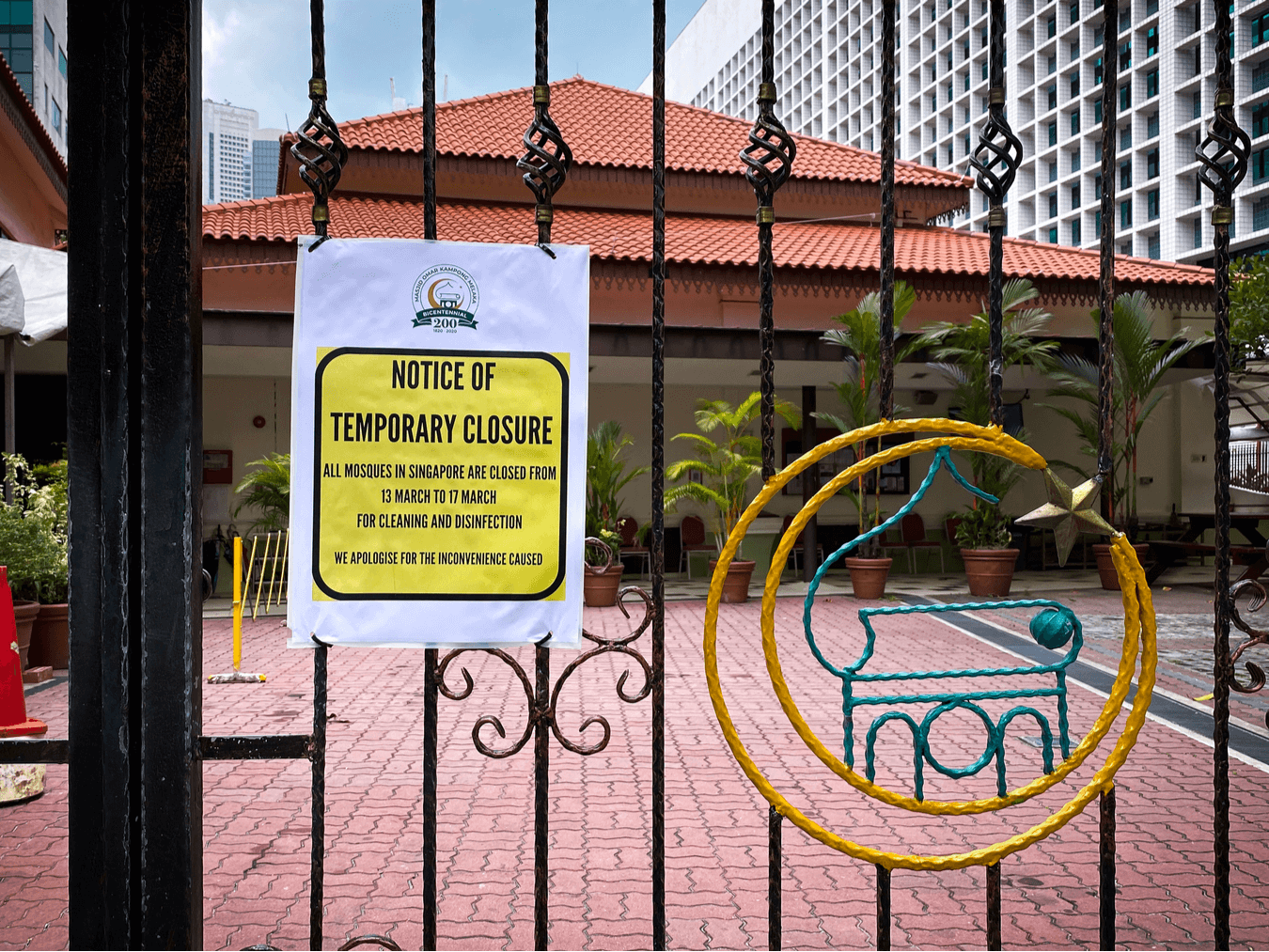 Mosque closure due to the COVID-19 Pandemic back in 2020

This article seeks to discuss the main elements and features of Fatwa as well as its process in our local context, with hopes that members of our community can appreciate its complexities and intricacies.

There are several definitions to describe the meaning of Fatwa. From the literal sense, the term fatwa comes from the Arabic root word (فَ - تَ - يَ) which means “to clarify”. According to the Arab lexicographer Ibn Manẓūr, who was also the author of the Arabic dictionary called Lisān al-ʿArab, when one provides a fatwa on a particular issue, this means that the person provides clarification about the issue raised.

In the study of Shariah, different scholars and jurists have provided us with a variety of descriptions when defining the term Fatwa. For example, according to the medieval scholar Ibn Hamdān, the issuance of fatwa refers to “informing Allah’s law from religious evidence”, while another scholar known as al-Alūsī described it as “clarification of an issue concerning the Shariah law”.

In summary, based on the various definitions stated by both classical as well as contemporary scholars, one may conclude that fatwa refers to a religious ruling or position issued by a qualified legal scholar or an official religious authority in response to a question raised by an individual or an organisation.

The term Fatwa and its functions have been recorded in several verses of the Quran as well as the prophetic tradition (Hadith). 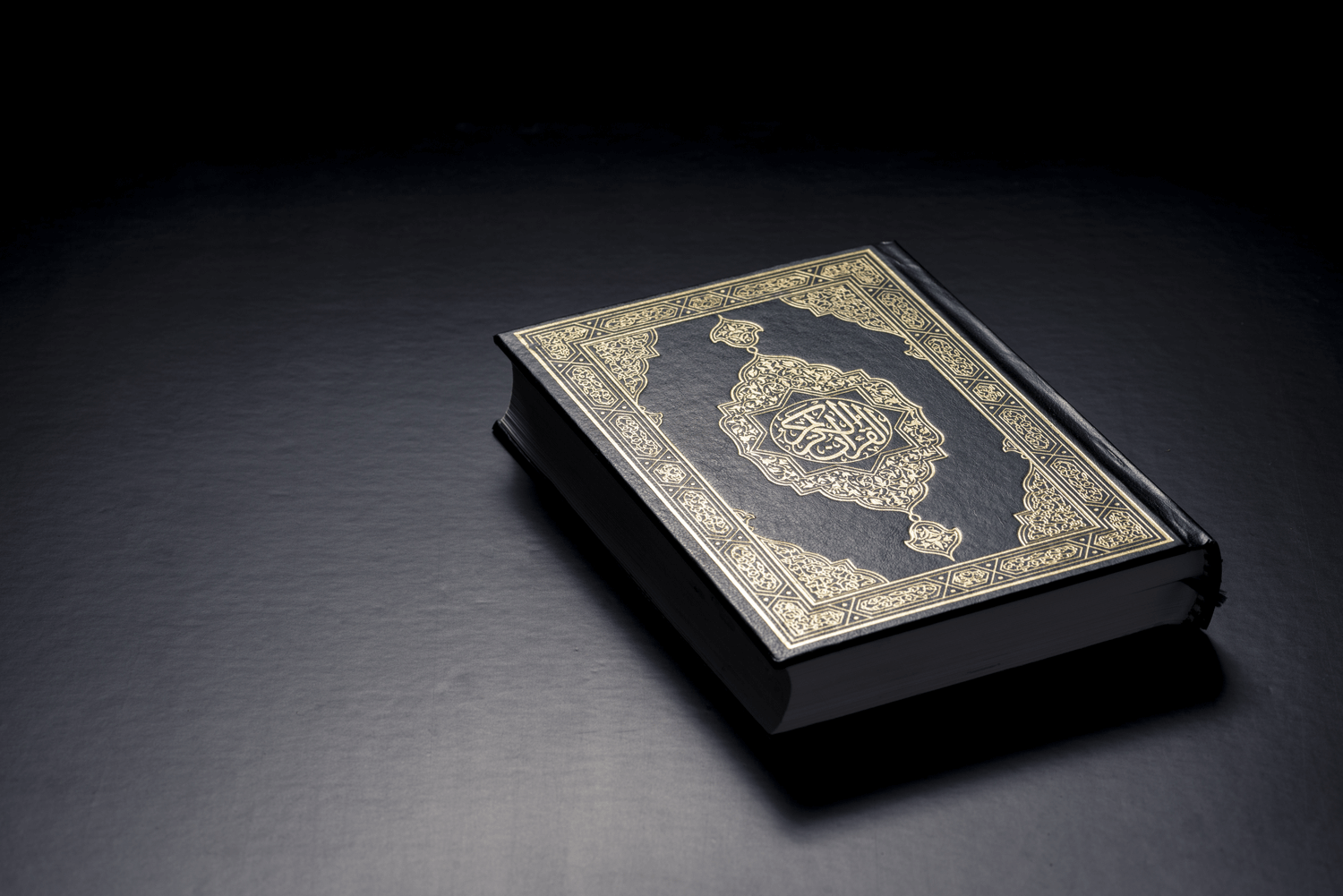 And from a Hadith, Ibn Abbas r.a. narrated:

Sa'd bin Ubada r.a. asked Rasulullah s.a.w. for a ruling regarding a vow taken by his mother who had died before fulfilling it, and he said, "Fulfill it on her behalf."

When discussing about Fatwa, there are several important elements and terminologies that are good for us to know:

- Iftāʾ (الإفتاء): refers to the activity and process of issuing a religious ruling regarding the issue of concern

- Mustaftī (المستفتي): refers to the questioner, whether an individual or an organisation that inquires about the religious ruling

- Mufti (المفتي): refers to the qualified legal scholar who is responsible for the issuance of the religious ruling

- Fatwa (الفتوى):  refers to the religious ruling issued regarding the issue of concern

Based on the above, it is noteworthy that for a Fatwa to be issued, there is a need for the matter in question to be raised to a qualified Mufti, who must also be aware of the context of the question and Mustaftī, to effectively embark upon the process of Iftāʾ.

Essentially, the process of Fatwa issuance can be rather complex and complicated, especially when it concerns issues that are highly intricate and multifaceted. It is hence understandable why Fatwa issuance is not for anyone or everyone to embark upon. 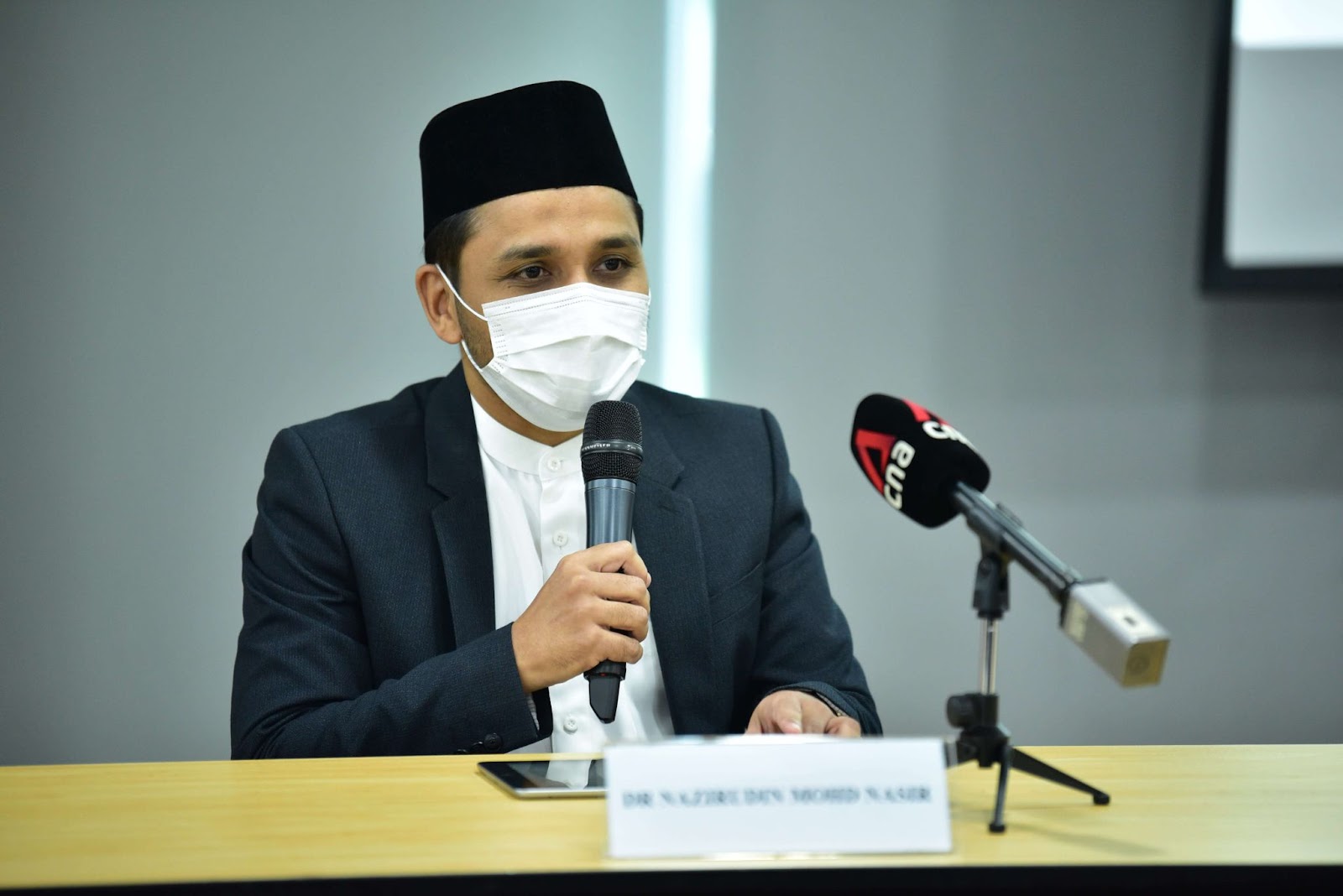 For a person to be regarded as a qualified legal scholar, they are expected to have attained a certain level of knowledge and expertise, to ensure that the heavy responsibility of Iftāʾ is carried out in the best manner possible. On this matter, Imam al-Nawawi mentions the risks involved in being a Mufti:

“Know that the act of issuing Fatwa is a task of very high risk and danger, a position of great honour with many merits. This is because the Mufti is an inheritor of the Prophets (peace and prayers be upon them) and (the Mufti) is performing a farḍ kifāyah (collective responsibility). However, he (the Mufti) may be subject to error in his views, and therefore they say that a Mufti is a signatory of Allah.”

The constant evolution of science and technological advancements, as well as the lived realities of life in a dynamic society like Singapore, has raised new questions which require solutions through Fatwa.

As this task requires a high level of expertise in addition to a wide-ranging understanding of various disciplines, like many other countries, Singapore has adopted the concept of Iftāʾ Jamāʿī (collective Fatwa issuance) by forming a Fatwa Committee to assist the Mufti so that the rulings are deliberated upon in a holistic and comprehensive manner. Meeting and discussion of the Fatwa Committee at Masjid Yusof Ishak

Locally, the appointment of a Mufti and the establishment of the Fatwa Committee are formalised through the Administration of Muslim Law Act (AMLA) which came into effect in 1968.

In 1999, a department called the Office of the Mufti was established in Muis to support the Mufti in keeping up with the religious needs of the local community and to essentially function as the Secretariat to the Fatwa Committee which is responsible for handling the operational duties related to the issuance of Fatwa.

Visit: Office of the Mufti

As the Secretariat of the Fatwa Committee, the Office of the Mufti gathers necessary references and information to be disseminated to the committee members. Depending on the case at hand, individuals who can contribute in terms of ideas, views and expertise will be invited to the Fatwa discussions, including (but not limited to) experienced religious teachers and even other domain experts like medical professionals.

The process of fatwa-making in Singapore, therefore, differs from that usually found in the books of classical Fiqh, in which any religious answer issued by an individual religious scholar or jurist is considered a fatwa. In Singapore, each fatwa issued by the Fatwa Committee is considered a Fatwa Jamā’ī (collective) and not Fardī (individual). All Fatwas issued must be based on the unanimous decision of the Fatwa Committee. In other words, if no consensus is reached on a particular decision, a Fatwa cannot be issued in Singapore.

Listen to: Office of the Mufti on Spotify

Differences between Fatwa and Irsyad

Religious guidance (Irsyad) issued by the Office of the Mufti is normally issued due to one of the following reasons:

a. The issue was not brought to the Fatwa Committee for discussion, as there is already sufficient and suitable guidance from existing works on the matter, or when there is an urgency to immediately issue a religious position

b. The question was answered by the Muis Council as the Fatwa Committee was unable to reach a unanimous decision or consensus

Read: Published Advisory (Irsyad) from Office of the Mufti The role of Fatwa becomes extremely crucial today due to the fast-paced environment and interconnected world we are living in. Indeed, members of the Muslim community are exposed to a variety of new issues and challenges that require rigorous religious analysis before the most appropriate religious position can be agreed upon.

While Fatwa issuance can provide solutions to present and future challenges, the process of Iftāʾ is becoming even more complicated due to the intricate nature of the issues raised, especially for a minority Muslim community in a secular, multi-ethnic, and multi-religious country like Singapore.

Ultimately, the main objective of Fatwa issuance is to provide reliable and practical solutions considering our lived realities that continue to evolve with the change of place, time, people, and circumstances. May Allah grant patience and wisdom to our religious leaders and authority, reward their efforts in fulfilling such a heavy responsibility, as well as bless them in this world and the next.

Listen to: Mufti speaks about Fatwa on Tea With Mufti