The Meaning, Significance and Rulings of Qurban

With the arrival of Zulhijjah, it reminds us of Hajj, an ‘Ibādah made obligatory once in a lifetime upon Muslims who fulfil its conditions. Although the majority of Muslims around the world will not be observing Hajj in the same year, many of them are capable of performing Qurban i.e. sacrificing animals as an act of worship.

Read: Virtues of the first 10 days of Zulhijjah The Brief Story of Qurban

The history of Qurban goes back to the story of Prophet Ibrahim a.s. when he dreamt of sacrificing his son, Prophet Ismail a.s. during his youth. Allah s.w.t. says in the Quran:

Then when he (Prophet Ismail a.s.) reached the age to work with him, he (Prophet Ibraham a.s.) said, “O my dear son! I have seen in a dream that I am sacrificing you. So tell me what you think.” He replied, “O my dear father! Do as you are commanded. Allah willing, you will find me steadfast.”

In Islam, we believe that the dreams of the Prophets a.s. are regarded as Wahyu (divine revelation) that must be obeyed. In this context, when Prophet Ibrahim a.s. sought the views of his son, it doesn’t suggest that he was doubtful about God’s command. At the same time, he did not coerce his son into accepting it without any amicable communications. 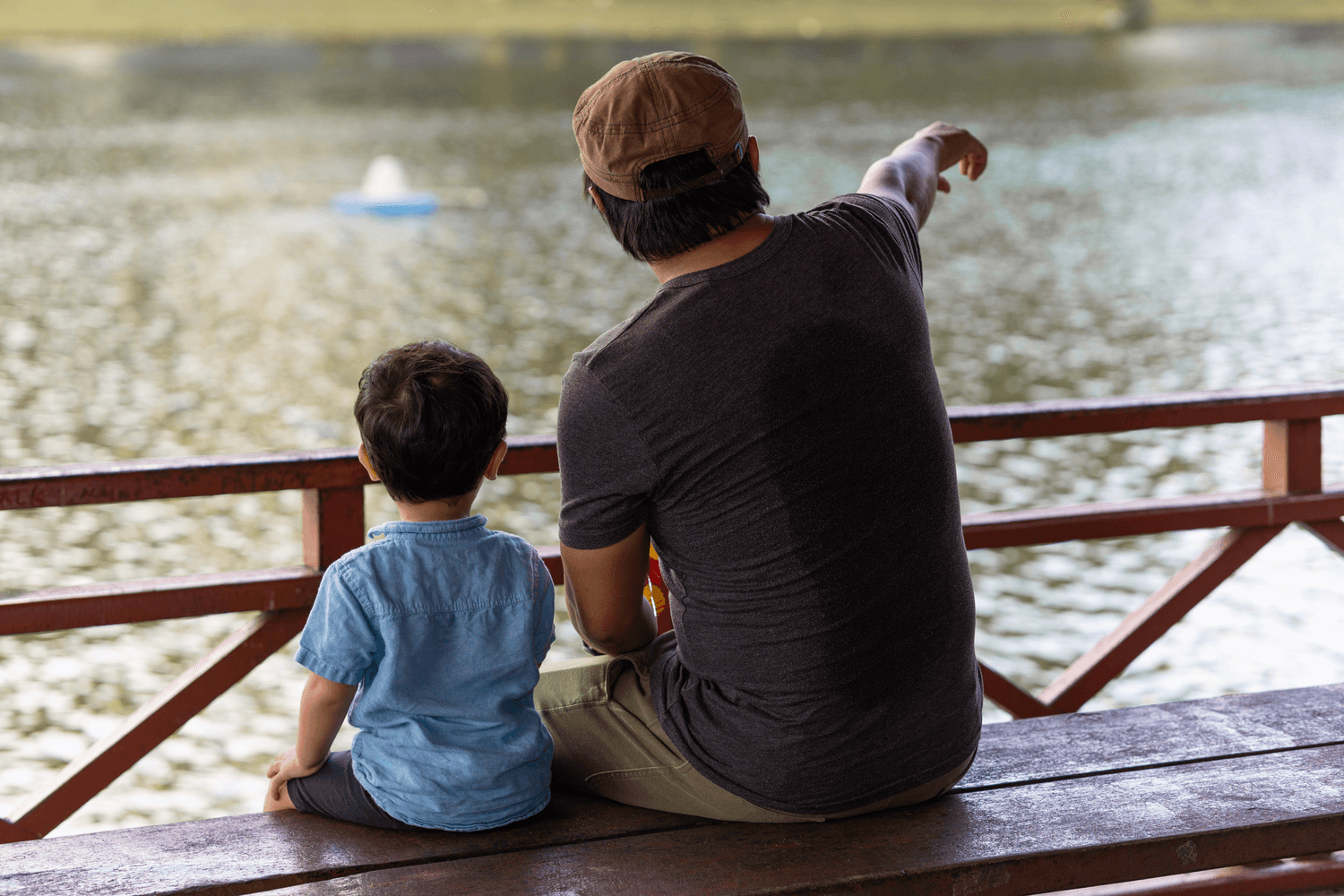 The conversation between them both as narrated in the verse demonstrates Prophet Ibrahim’s ethical approach out of deep love for his dear son, and ultimately, their obedience to God.

Read: Powerful Conversations Between A Father and A Son: Lessons from Prophet Ibrahim a.s and Prophet Ismail a.s.

The following verses after that explain that Allah s.w.t. eventually instructed to sacrifice an animal instead of Prophet Ismail a.s:

“Then, when they had both submitted themselves (to the Will of Allah), and he had laid him prostrate on his forehead (or on the side of his forehead for slaughtering). And We called out to him: “O Ibraham! You have fulfilled the dream!” Verily! Thus do We reward the Muhsinūn (good-doers). Verily, that indeed was a manifest trial. And We ransomed him with a great sacrifice (a ram). And We left for him (a goodly remembrance) among the later generations. Peace be upon Ibrahim!” Thus indeed do We reward the Muhsinūn (good-doers). Verily, he was one of Our believing slaves.”

﻿﻿Definition of Qurban and Its Significance

Qurban (also written as Korban) derives from the Arabic word qaruba which means to be near. It denotes nearness to Allah s.w.t. through any sort of act of worship or good deeds.

Read: The Value of Sacrifice in Islam

The term Qurban—as commonly used by some members of our Muslim community—refers to the sacrificial ritual done after the sunrise of AidilAdhā (10th Zulhijjah) but ends by sunset on the last day of Tashrīq (13th Zulhijjah). 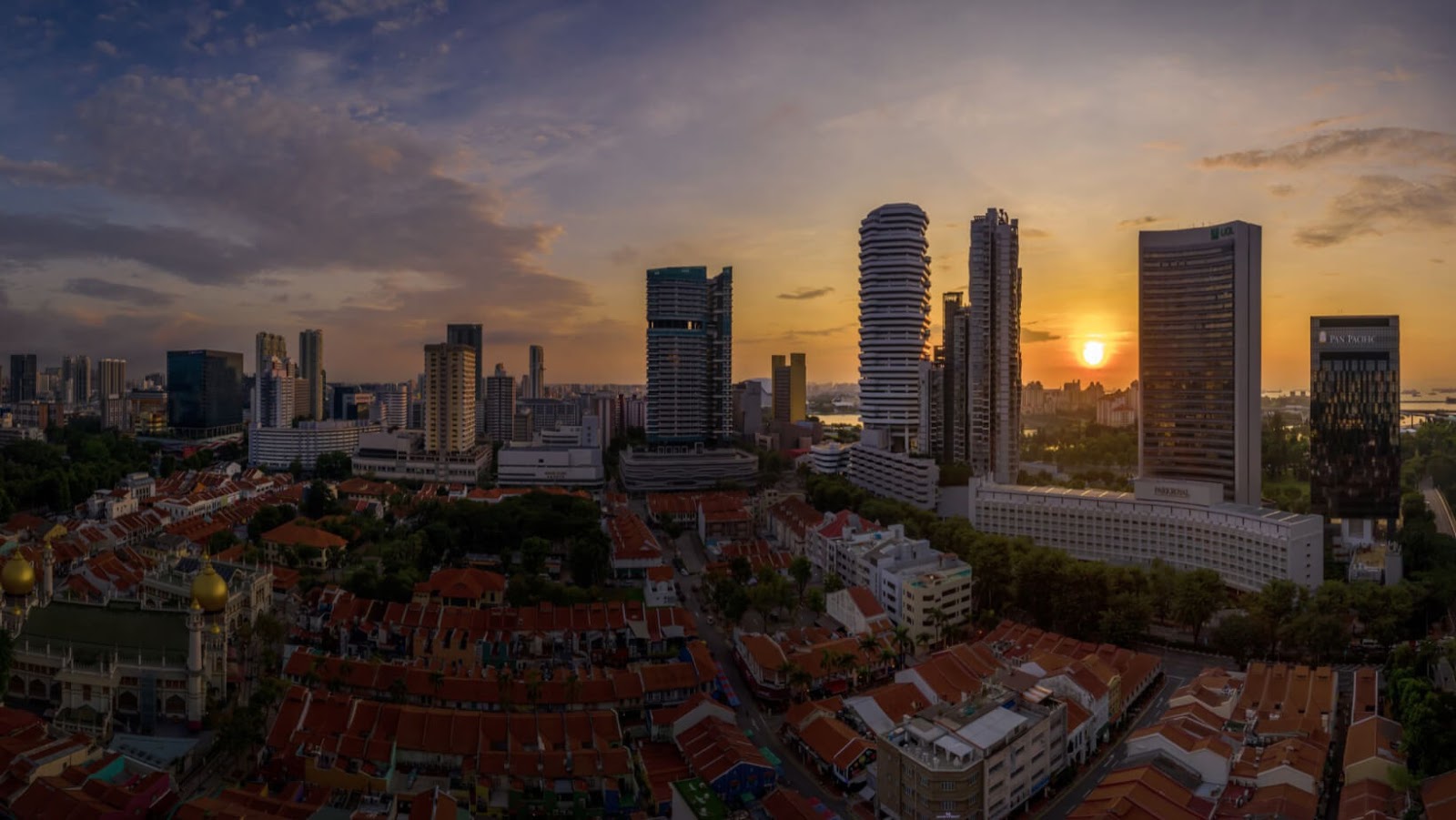 It is also called Udhiyyah as commonly used in the Islamic tradition.

Among the benefits of Qurban are:

1. Observing it is a sign of obedience and sincerity.

Performing Qurban commemorates the act of worship by Prophet Ibrahim a.s. and Prophet Ismail a.s. as they sincerely put themselves before Allah s.w.t. Muslims performing Qurban implies their obedience to the religion that encourages this special ‘Ibādah (Worship) which in turn brings about abundant benefits to themselves and to the community.

2. Getting bountiful reward from the ‘Ibādah.

“On the day of Nahr (sacrifice), no one does a deed more pleasing to God than the shedding of blood (Islamic Ritual Slaughter of Qurban Animals). The sacrifice will come on the day of resurrection with its horns, its hairs and its hoofs, and the blood finds acceptance with God before it falls on the ground, so be glad about it.

It is during this Hajj (Pilgrimage) season when a lot of Muslims around the world participate in sacrificing animals and have the meat distributed among the needy. This will somehow help alleviate their issues of food shortage. The receiving needy would also feel that there are Muslim brothers and sisters—whom they may or may not know—still willing to give a helping hand. 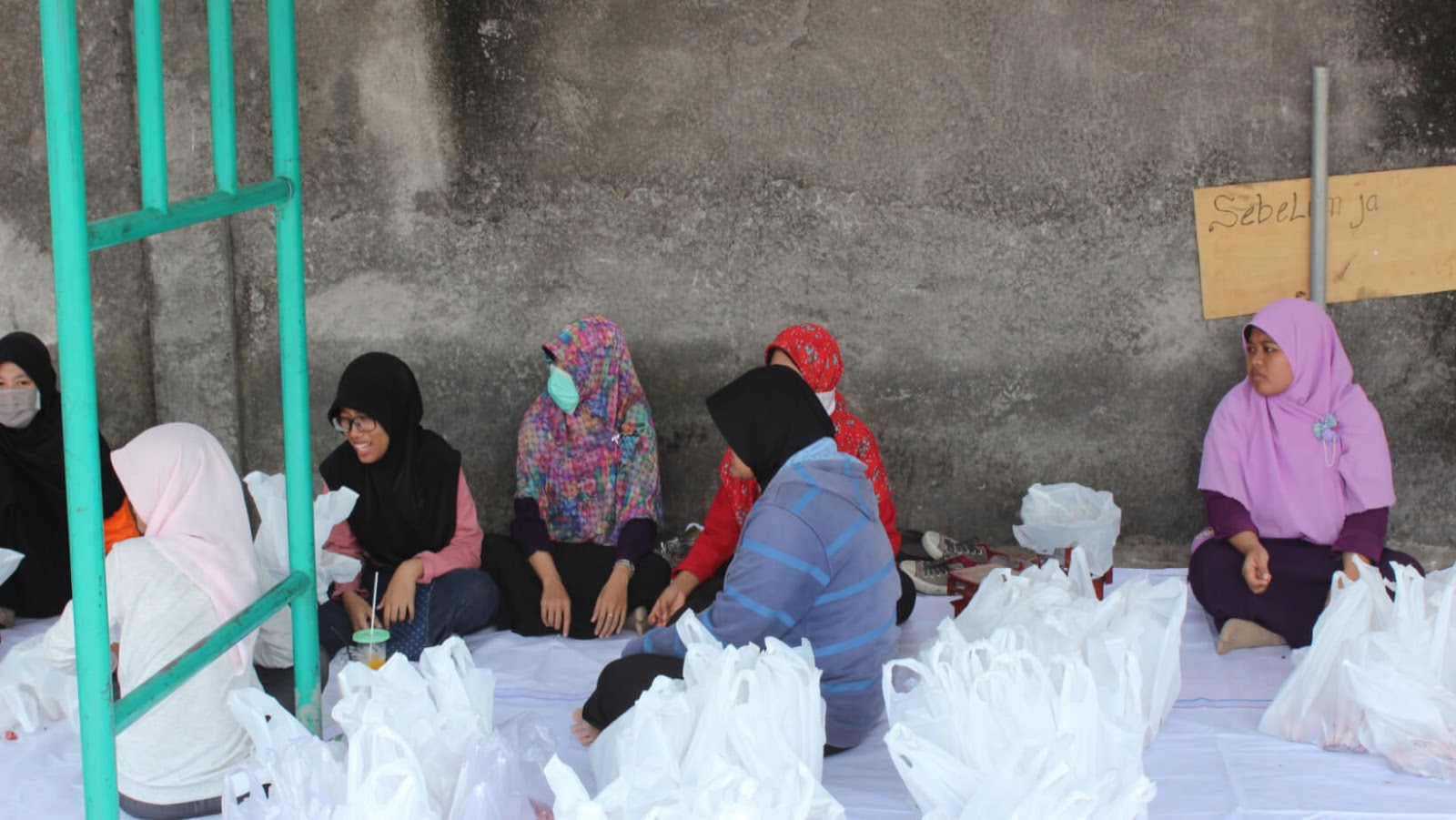 A Muslim who performs Qurban is someone who chooses to put aside some of the blessings of wealth bestowed upon him for the purpose of seeking God’s pleasure. Being grateful is not only by praising Allah s.w.t. like the common verbal expression ‘Alḥamdulillah’ but also by making good use of His blessings.

Qurban meat is often cooked and served to family members of the Ṣaḥīb al-Qurban (the one who performs the Qurban). The fresh meat may also be shared without cooking so that the recipients can cook however they want. Such good deeds will forge a closer relationship between them, and with that, they would benefit and help one another in many other ways.

﻿The Rulings of Qurban

Qurban is Sunnah Muakkadah (highly recommended) for those who are capable of performing it. From the Hadith mentioned above, there is no deed more beloved to Allah during the day of Nahr than to fulfil the act of Qurban. In fact, Allah s.w.t. says in the Quran:

“Therefore turn in prayer to your Lord and sacrifice (to Him only).”

“It is neither their meat nor their blood that reaches Allah, but it is piety from you that reaches Him. Thus have We made them subject to you that you may magnify Allah for His Guidance to you. And give glad tidings (O Muhammad s.a.w.) to the Muḥsinūn (doers of good).”

Unlike the majority of the scholars, the Ḥanafi mazhab opine that Qurban is Wājib (obligatory) upon Muslims. But all Mazahib (schools of legal thought) agree that if one has made a Nazar (vow) i.e. he vowed to perform Qurban when specific conditions are met, it is then deemed Wājib (obligatory).

Those who are performing the Qurban are encouraged to not cut or trim their hair and nails from the beginning of Zulhijjah until the animal is sacrificed. The Prophet s.a.w. said:

If anyone of you has seen the new moon of Zulhijjah (entered the month), and you intend to sacrifice an animal, (the person intending so) should not cut his hair and trim his nail 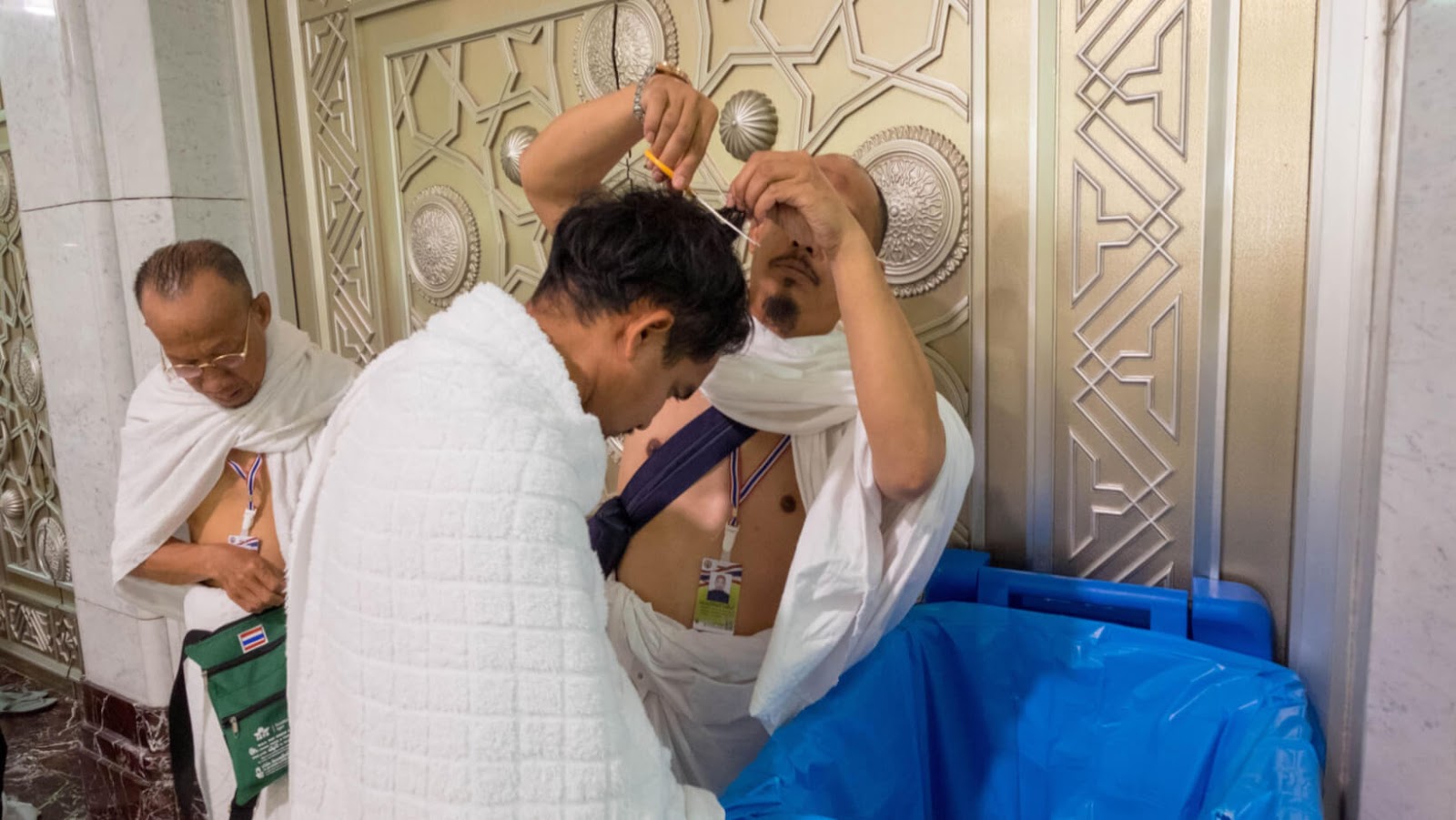 Division and Distribution of Qurban Meat

The meat is divided into three portions. One-third is for the one who performs the Qurban (the Ṣaḥīb al-Qurban, not the one entrusted to slaughter) and the other two-third for the needy.

The meat is divided into three portions. One-third is for the one who performs the Qurban, the other one-third for the needy and the last one-third for others such as relatives and neighbours.

The meat is given entirely to the needy except a very small portion to the one who performs the Qurban.

In a Hadith, the Prophet s.a.w. took only some of the cooked meat:

“He then went to the place of sacrifice and sacrificed sixty-three (camels) with his own hand. Then he gave the remaining number to Ali r.a. who sacrificed them, and he shared him in his sacrifice. He then commanded that a piece of flesh from each animal sacrificed should be put in a pot, and when it was cooked, both of them (the Prophet s.a.w. and Ali r.a.) took some meat out of it and drank its soup.”

Besides Qurban, Hadyu and ‘Aqīqah are other terms that also entail sacrificial rituals. They can be distinguished in terms of aḥkām (rulings) and definitions.

As defined, Qurban is the sacrificial ritual on the specific days of Zulhijjah (from the 10th to 13th). It is Sunnah Muakkadah (highly recommended), and it will only be obligatory if intended as Nazar (Vow).

Whereas Hadyu is the one performed on Yawm An-Naḥr (literally, day of sacrifice i.e. Aidiladha) by the pilgrims in particular. Hadyu is generally Wājib (obligatory) upon pilgrims who may have met certain conditions during Hajj or Umrah, or did not perform any of the Manasik (integral rituals of Hajj) such as not making the intention at Mīqāt (a boundary where each pilgrim makes their intention to perform the Hajj or Umrah).

‘Aqīqah is the sacrifice made to celebrate the birth of a child. It is not specific to the mentioned days of Zulhijjah as per the act of Qurban. In fact, it can be performed in any other days of the year. The best day to perform ‘Aqīqah, however, is on the seventh day after birth. The Prophet s.a.w. said:

“Every boy is mortgaged by his ‘Aqiqah, so sacrifice for him on the seventh day, and shave his head, and name him.” 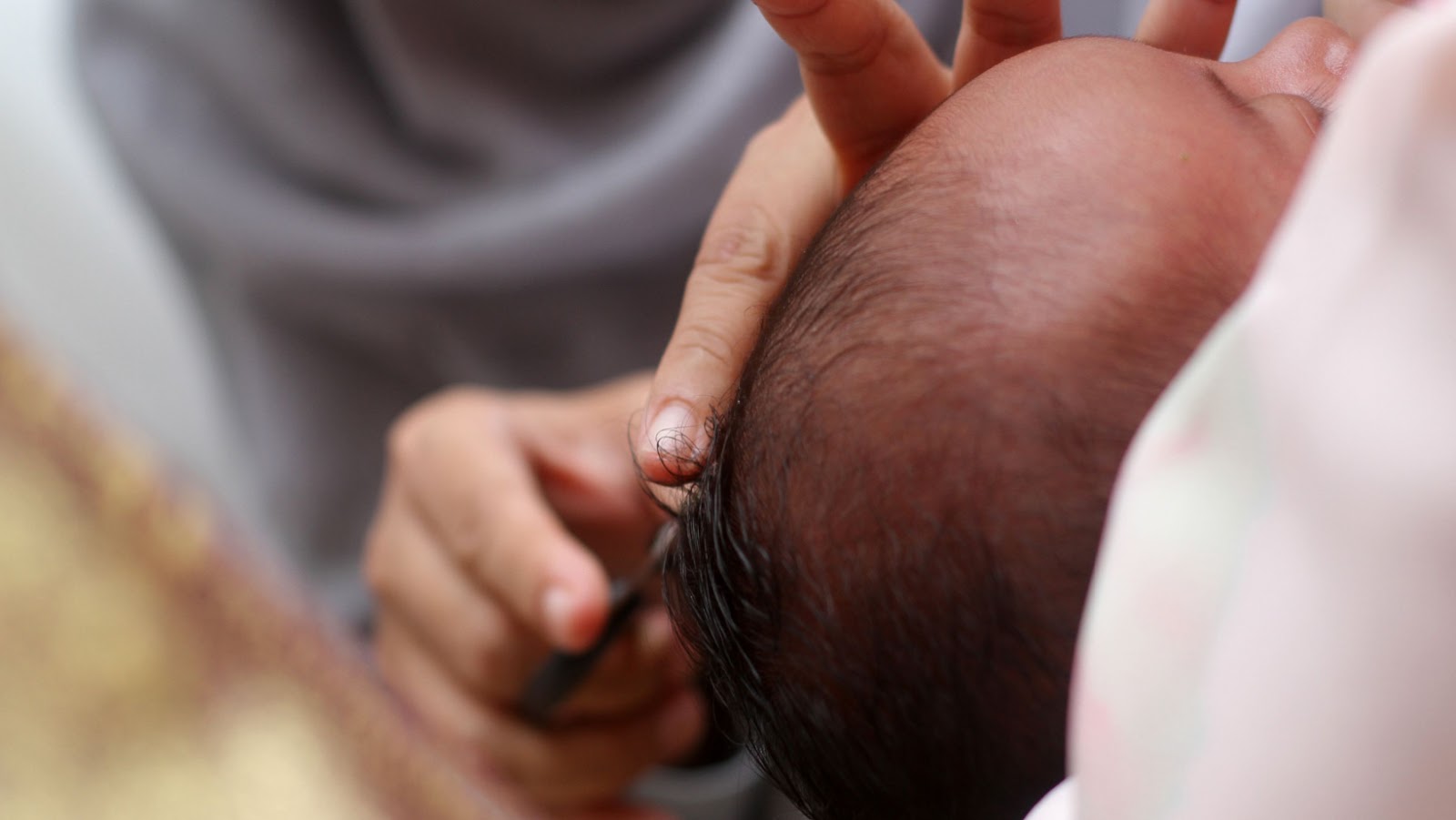 But if it is not possible for parents to do it on the seventh day, it can still be done in any other time before the child reaches the age of puberty. It is sunnah to sacrifice two goats for a baby boy and one goat for a baby girl.

﻿Types of Animals Allowed for Qurban

Not all permissible (Halal) animal meat is allowed for the Qurban ritual. The types of animals allowed for Qurban are termed as Bahīmat al-An‘ām (literally, the beast of cattle) as guided by the Quran:

“For every community, We appointed a rite of sacrifice so that they may pronounce the Name of Allah over the sacrificial animals He has provided for them. For your God is only One God, so submit yourselves to Him alone. And give good news (O Prophet) to the humble.”

The term Bahīmat al-An‘ām (sacrificial animals) in the verse refers to the following: 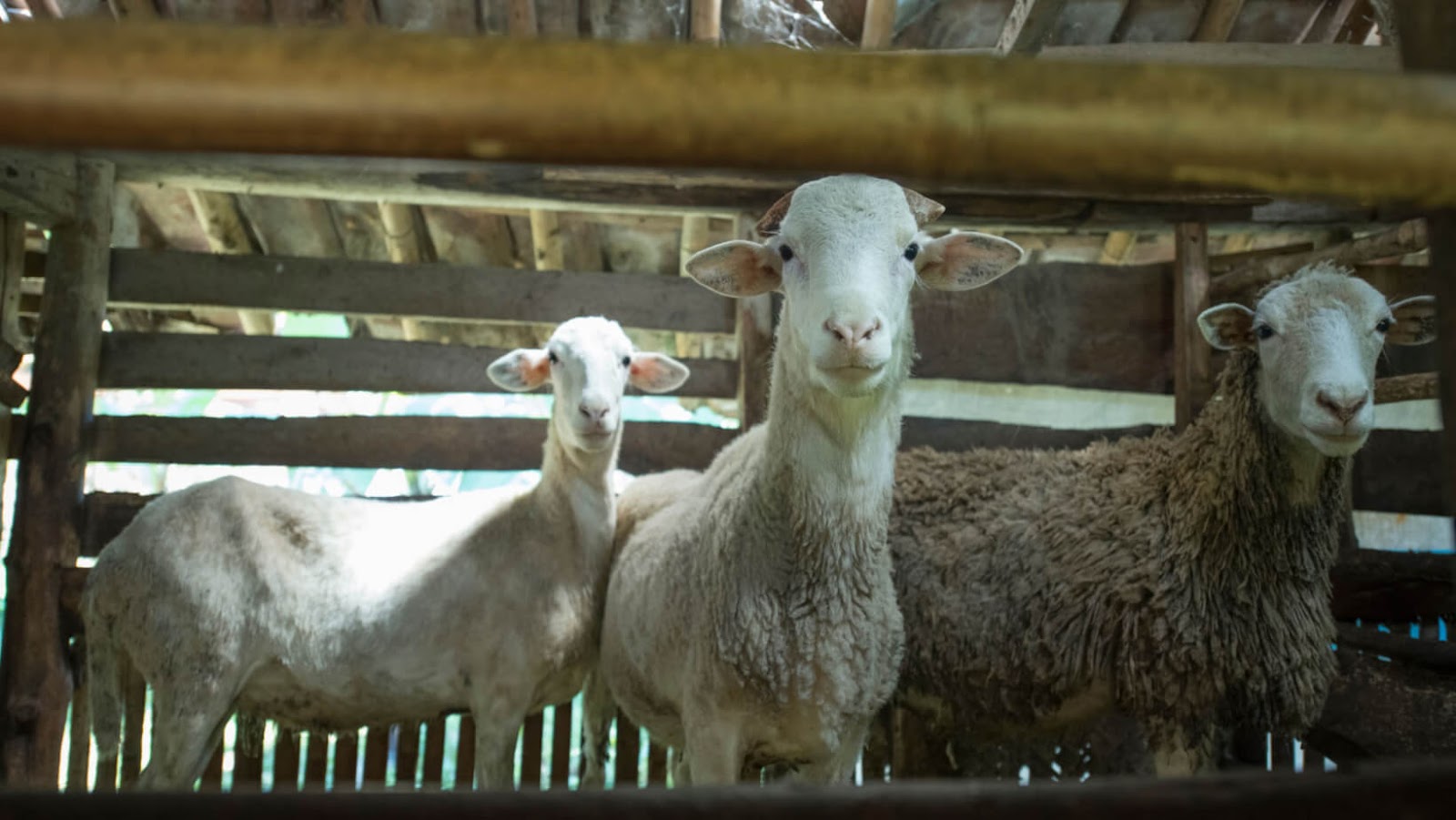 Therefore, Qurban animals exclude other animals such as fish and chicken. It is also important to note that the Qurban animals must meet certain criteria to ensure they are in a good condition. For instance, the Prophet s.a.w. said:

“Sacrifice only a full-grown animal unless it is difficult for you, in which case sacrifice a she-lamb.”

Islam is a religion that advocates and protects animal rights and is against any form of animal cruelty and violence. This is because animals are part of living beings on earth just like humans. Allah s.w.t. says in the Quran:

“All living beings roaming the earth and winged birds soaring in the sky are communities like yourselves. We have left nothing out of the Record. Then to their Lord they will be gathered all together.”

Besides animal rights, humans also have the right to ensure they consume good meat in accordance with the Islamic guidance. As such, Islam sets certain etiquettes of the Qurban ritual so that it can be performed in the best way possible. Below are some of these etiquettes:

“Do not eat of what is not sacrificed in Allah’s name. For that would certainly be an act of disobedience.”

2. The animals must be treated and handled well before and during the sacrifice.

This includes the process of transporting the animals from one place to another. Before the sacrifice, they must be given sufficient food and drinks, and a proper shelter, and must not be mistreated.

When they are about to be sacrificed, they should not be shown anything that might trigger them such as carcasses or knives. The Prophet s.a.w. said:

“Verily Allah has prescribed Iḥsān (kindness) for everything. So when you kill, you must make the killing in the best manner; when you sacrifice, make your sacrifice in the best manner. Let one of you sharpen his knife and give ease to his animal (in order to reduce its pain).”

Unfortunately, some performing Qurban lack any of these etiquettes and thus it results in making the ritual less ethical, and ultimately gives a bad reputation to the religion.

With that, we should strictly comply with the Qurban etiquettes as we would strive to attain not only the good fresh meat of Qurban but also the moral and spiritual progress in ourselves. And these are the tangible and intangible benefits of the ritual. 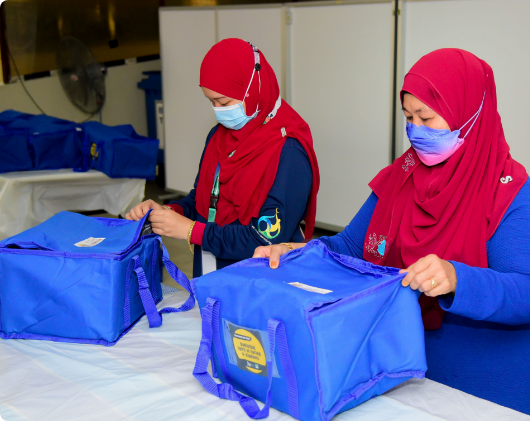 If you haven’t done your Qurban, you may perform your Qurban here:
https://korban.ourmasjid.sg/